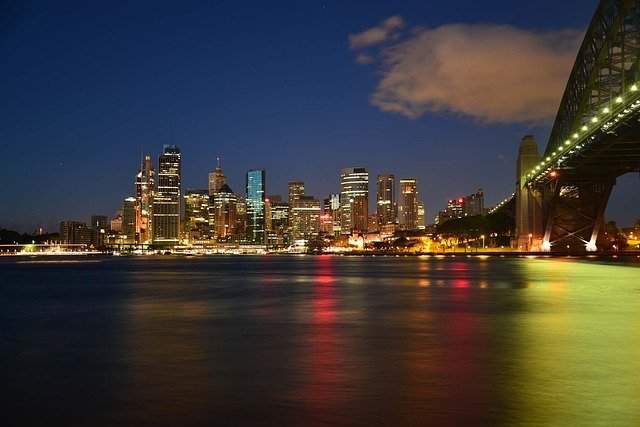 A distant land, which fascinates adventurous spirits and explorers for its mix of ancient and modern cultures and its landscapes in which the wonders of nature and those created by man alternate in a mosaic rich in nuances: ranging from lights and colors of cosmopolitan cities like Sydney and Melbourne to the flaming desert expanses of the Australian outback to the colorful depths of the Great Barrier Reef, off Queensland. 15 days represent the minimum time to travel to Australia, considering the time required for the flight (practically one day) and also the distances between one location and another.

If you already imagine yourself traveling in the Downunder, here is an idea of ​​a 15-day itinerary that allows you to grasp the various facets of this fascinating country.

As the first city to leave, I recommend Sydney because arriving here is the best way to get in touch with the Australian reality. Many often mistakenly believe that this is the capital of the country and it could really be because it is the one that best represents the Australian soul in all its aspects. Arriving by air, if you happen to have a window seat, look out and you will see the spectacular city skyline embracing the bay with its deep blue waters and numerous coves, islets, and finally recognizable structures such as the Opera House with its sparkling white and graceful Harbor Bridge profile.

Try to overcome the effects of jet lag by dedicating the first two days in Australia to discovering the city. Sydney is very large, so it might be difficult to decide what to see, but among the places not to be missed I recommend the historic district of The Rocks, a maze of narrow streets overlooked by ancient stone buildings in the shadow of the Harbor Bridge that rises. a few meters. In the vicinity of The Rocks is the splendid Sydney Bay and the harbor on which the Opera House stands, next to the city’s botanical gardens; Ferries to Manly and sightseeing cruises depart from the docks of Circular Quay. With the ferries you can also quickly arrive in Darling Harbor, full of museums and attractions for families. Depending on the season of the year and your tastes, you can alternate visits and walks in the city with more relaxing activities and in contact with nature: in summer, take the opportunity to spend an afternoon on the beaches of Bondi or Manly, among gigantic waves, surfers and inviting scents of barbecues, while if you love nature walks you can quickly reach the Blue Mountains by train, a place wrapped in fascinating aboriginal legends, where the landscape of eucalyptus forests and rock formations looks like an incredible painting.

From Sydney reach Melbourne by plane. Those with more time available can opt for an on the road tour along the coast, certainly a very suggestive journey, but expect at least a couple of days, while by plane it will take you just over an hour and a half. To know More about tourist visa.

Once in Melbourne, dedicate the afternoon to a first patrol of the city. Melbourne is a lively and multicultural city with a strong European atmosphere and here too there are many interesting places to visit, starting from the CBD with its Victorian buildings and shops, up to the Queen Victoria Market, where you can stock up on delicious gastronomic products to taste later. in one of the many parks in the city or on walks along the river. If you travel in the summer, in about 20 minutes by tram you can reach the beach of St. Kilda, which with its funfair and retro atmosphere is very reminiscent of the famous Coney Island in New York.

If you love adventure travel on the road, I recommend that you dedicate at least one day to a tour along the wonderful Great Ocean Road, a scenic road that you can travel with a rental car or by booking one of the many bus excursions. Along the way you will marvel at small hidden beaches, marinas, historic villages populated by surfers and spectacular cliffs. Among the main stops are the Twelve Apostels (the twelve Apostles), 12 stacks that emerge from the waters near Port Campbell, the ancient Cape Otway lighthouse, on which you can climb to admire the coast and the lush rainforest of the neighbor Otway Ranges Park.

I recommend that you spend the morning taking a final tour of Melbourne and in the afternoon leave by plane for Adelaide, which can be reached in about an hour by flight. Adelaide is a very different city from Melbourne and Sydney, not only for its smaller size. Here you can breathe a typically Australian “easy” and sleepy atmosphere, but not at all boring as you might think because the lifestyle is cheerful and carefree. Adelaide is the city of churches and gardens, known for its excellent wines and delicious cuisine. After all, all of South Australia is a paradise dominated by vineyards, orchards and expanses of cultivated fields, whose products fill the stalls of the Central Market in Adelaide, the gastronomic temple of the city. You should have the Visa.

If you want to see kangaroos, sea lions and koalas in the wild, I recommend that you take a tour to Kangaroo Island, an island located about 15 km off the coast of South Australia and dominated by nature reserves and small breathtaking bays. Kangaroo Island can be reached from Adelaide by bus and ferry in approximately 3 hours. The island is perfect for those who love unspoiled nature: with the exception of some resorts and some farms, many animal species live undisturbed on the island that you can admire in their natural habitat, preferably accompanied by a local ranger, also considering that most part of the roads are unpaved, so it is essential to have a suitable vehicle.

After spending the morning in Adelaide, take the plane to Alice Springs, an urban oasis nestled in the “red heart” of Australia. The flight lasts about two hours and once you land, I recommend that you end the day exploring this charming town; if you have the time, visit the Desert Park, a sort of botanical garden that collects the flora and fauna of the area. Alice Springs is an excellent starting point to discover Aboriginal Australia and admire wonders such as Uluru (Ayers Rock) and Kata Tjuta (the Olgas), both located within the Uluru-Kata Tjuta National Park. 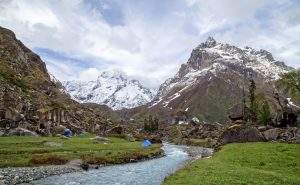 Next post Har Ki Dun – The Place Of Mountains