Since the 1960s, the number of robotic manipulators and pallet machine types used in industry has been growing exponentially every year. And if initially they were used mainly for assembly, welding and painting in the automotive industry, today, thanks to advances in engineering and artificial intelligence, such robotic “hands” have appeared in the production of special equipment, in the aerospace industry, in the electrical industry, in agriculture and on warehouses, food production and many other places.

Today, such machines have become very safe, easier to build and program, which means that demand for them is growing and prices are falling. According to rough estimates of experts, to date, about 2 million robotic manipulators are already involved in the global industry.
A relatively new direction in robotics today is the development of so-called “collective” or “united robots”, which are simply called co-robots. Co-robots are devices designed to work safely next to a person and are most effectively used in production.

The largest manufacturers of such robotic manipulators today are four companies – ABB (China), Bosch (Germany), Fanuc (Japan) and Kuka (Germany). Of course, there are also smaller companies that produce such machines, and, by the way, it is their developments, for example, various sensors, software and components, that lead to the fact that the price of industrial robotic manipulators is steadily decreasing.

Of course, such a difference in prices depends, first of all, on what the robot can do, what controllers and peripheral devices are built into it, how many tasks it is capable of performing, and also how easy it is to reprogram it. That is, the price of such a system grows depending on its versatility.

Also, the price is significantly influenced by the size of the robot – the height of the base and the length of the manipulator, the number of its axes, the ability to connect various tools to the “arm”, and safety components such as collision sensors.
There are also very simple robotic manipulators and pallet machines, the price of which ranges from $ 1000- $ 2000 per piece, however, such devices are not suitable for large industrial use, because, most likely, they are “sharpened” for only one task and are not very productive.

If you take the well-known Baxter robot (this robot at one time became the world’s first co-robot), which is produced by Rethink Robotics, today its base price is $ 22,000. But if you want to add a support pad to it, it will cost another $ 3000, gripping equipment – $ 1750, maintenance for 2 years – another $ 7000. Thus, its total price will be $ 36750. According to experts, if he works 40 hours a week, he will be able to pay for himself in about 3 years.
It should be understood that the Baxter robot is not a powerful industrial system, “sharpened” to perform one constant task. It is versatile, it can perform different operations, working next to a person, and it gives the greatest efficiency to the medium-sized business, which often requires the automation of many small tasks with low added value.

However, it would be wrong to estimate the cost of a robotic arm based on its purchase price alone, without taking into account the savings in manufacturing costs that will arise from using it.

According to a report published in 2015 by the research company The Boston Consulting Group, the average savings in production costs when using such automated devices is about 16% – 20%, which is quite significant on the scale of an industrial enterprise, even an average one. This is achieved mainly by reducing the output of defective products, as well as due to the continuity of the industrial process, which increases its speed and reduces the cost.
In addition, robots do not require rest and lunch break, they do not need to pay vacation pay, they need to spend less heat and light, and so far, according to the existing world legislation, they are not taxed. For example, if we compare the costs of a robot and a person in terms of assembling computer electronics, then a robot will take $ 4, while, depending on the country, it will cost from $ 10 to $ 25 per person.

Today, China is the largest operator of robotic manipulators, but South Korea and Japan are already on their heels. Europe and the United States will be next. 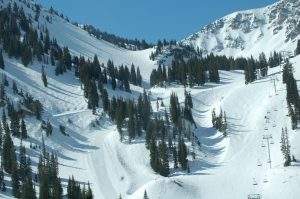 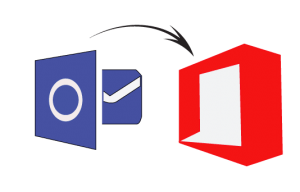 Next post Methods To Import OST to Office 365 Easily