Shiva is one of the three major divinities in Hinduism. He is part of the Hindu trinity of gods – Brahma, Vishnu, and Shiva. He is associated with the most important chakra in the human body, the Crown chakra, located on the crown of the head. In spiritual terms, he is the highest form of energy and is found in even the smallest particle in the universe.

Maha Shivaratri is a very ancient festival that Hindus have celebrated for centuries. It has been mentioned in the Puranas, which are ancient Hindu scriptures. The festival is mainly celebrated by Shiva devotees called Shaivites. On Shivaratri tithi, it is said that an upsurge of energy occurs in the human body due to planetary influences. This energy can be used to uplift one spiritually so that one can experience divinity.

Every month, there is a Shivaratri, and it is called Masik (monthly) Shivaratri. Hence, there are 12 Shivaratris in one year. But Maha Shivaratri is the Shivaratri that occurs in February-March or the Hindu month of Phalguna.

What to do on Maha Shivaratri?

Maha Shivaratri is different from other religious festivals as it is celebrated at night. There are many things to be observed on this holy occasion.

Observing vrat or fast – It is customary for many devotees to observe vrat or fast during Maha Shivaratri. Some people choose not to eat for the entire day. Others may eat some fruits or other foods that are allowed, just once during the day.

Meditation – On this day, the body will have higher energy levels. So one should meditate and channelize this energy the right way. Meditation helps one to concentrate on understanding the real self and come closer to one’s higher self. It also helps to free us from unknown fears and bondage.

Chanting – By chanting the universal mantra ‘OM’ and any other Shiv mantras, one can focus and achieve positivity.Visiting Shiva temples – One should go to Shiva temples and take part in the celebrations which take place all through the night.

Abishekam – Perform Abishekam for Shiva Linga with water, milk, honey, and by keeping a bilva leaf on the lingam.

The Story behind Shivaratri fast

There is a story about the Shivaratri fast. The gods and the demons always fought each other for sundry reasons. This caused a good deal of problems for the denizens of all the three worlds (earth, heaven, and patal lok). Eventually, the gods became tired of the fights and approached Lord Vishnu for help. Vishnu told the gods to churn the Milky Ocean, which contained a pot of elixir that had the power to grant immortality. But churning the Milky ocean was very hard, and the gods would not be able to do it alone. So Vishnu told them to seek the help of the Asuras or demons.

The demons agreed on the condition that they would also be given the elixir. The king of the snakes, Vasuki, was used as a rope to churn Mount Mandara. Vishnu took the Kurma avatar and placed Mandara on his back to support it so that it would not sink into the ocean. During the churning, many precious things came out of the ocean. One was the Halahala, a dangerous poison that had the power to kill anyone with just a drop. The gods and demons went to Shiva and asked him to protect them from the poison which could destroy the entire universe. Shiva decided to drink the poison and save all the three worlds and those who inhabited them from destruction. But as he was about to swallow the poison, his consort, Goddess Parvati, placed her palm on his neck and prevented the poison from going down his throat. It was then that his throat turned blue, and he came to be known as Neelkantha. The gods were so grateful to him that they sang and danced to please him for saving them. Shiva became very happy on seeing this. Since then, people have been observing a fast on Maha Shivaratri. 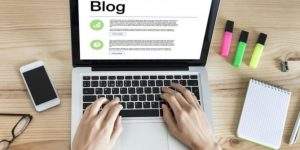 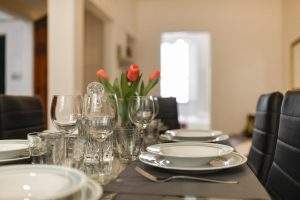