The United Arab Emirates is a Middle Eastern country known for its sprawling cities and luxurious lifestyle. While the country is at par with the Western countries in terms of infrastructure and development, the UAE still preserves and prides over its religion, culture and traditions. A fine example of this is the beautiful mosques in the country. While the world knows about the iconic buildings and constructions of the UAE, not many know that the UAE is home to some of the most amazing mosques in the world. In fact, you can visit a few to not only admire their aesthetic beauty and architecture but also to learn about Islam. Here are some of the must visit iconic mosques in the UAE.

Located in the capital Emirate of Abu Dhabi, the Sheikh Zayed Grand Mosque is the largest in the UAE. The mosque can hold 55,000 worshippers at a time. However, the Grand Mosque is a must-visit not just for its sheer size. On the other hand, the Sheikh Zayed Grand Mosque is one of the most iconic mosques of the Islamic world. Covered entirely in white marble, the stunning architecture and intricate design of the mosque will awe you. The design of the mosque is a blend of several Islamic traditions, and you would find elements borrowed from Morocco, Turkey, Egypt and Pakistan here. Moreover, the mosaic artworks, the white marble domes, the numerous columns embedded with precious stones, the gleaming reflective pools, and the large crystal chandeliers give the mosque an ethereal look. You can also see the largest handmade carpet and the largest crystal chandelier in the world here.

Although commonly known as the Blue Mosque, the actual name of the mosque is Al Farooq Omar Bin Al Khattab Mosque. With the capacity to hold around 2000 worshippers at a time, this is the largest mosque in Dubai. Although first established in 1986, it was renovated and reopened once in 2003 and the second time in 2011. It is funded by Khalaf Al Habtoor, a Dubai-based businessman. It is known as Blue Mosque because its architecture and design are inspired by the original Blue Mosque in Turkey. Dubai’s Blue Mosque follows the Ottoman and Andalusian architectural styles. Spanning an area of 8700 square meters, the mosque has 4 minarets, 21 domes and 124 stained glass windows. Apart from the prayer area, the mosque also has classrooms, lecture halls, a library and a youth club.

Al Bidiyah Mosque in Fujairah is a far cry from the other opulent mosques of the UAE. Built in the 15th century, the Al Bidiyah Mosque is made of mud and stone. It covers an area of 570 feet and is only 15 feet tall. Still, the mosque has an old world charm that you would not find in any of the mosques in the country. The Al Bidiyah Mosque is also known as the Ottoman Mosque and has four domes that differ in size. It has a square shape and can accommodate around 70 worshippers at a time. Although simple, the mosque cannot be called plain. You would find decorative carvings on the walls here. While the mosque has been renovated to add modern lighting and air-conditioning, you can still catch glimpses of the past through its tiny windows, the worn minbar, and other decorative and lighting elements. Apart from all this, the fact that the mosque is located in Fujairah, which has a history that dates back to 2000 B.C., makes it even more interesting.

Located in the Emirate of Sharjah, Al Noor Mosque is another mosque that is inspired by Turkey’s Blue Mosque. Built by Sheikha Jawaher bint Mohammed al Qasimi, the wife of Sharjah’s ruler, Al Noor Mosque is the only mosque in Sharjah that is open to people of all faiths. Al Noor Mosque follows the classic Ottoman style architecture. It is located on the Sharjah Corniche and is home to 34 domes, several semi domes and lean minarets. The mosque can hold almost 2200 people and has a separate section for women as well. Do not forget to check the interior walls that have been carved with the holy verses of the Quran in calligraphy style. One of the main attractions of the mosque is that it offers tours where you get to know more about the architecture of the mosque as well as about the Islamic culture and traditions. However, the most notable thing about the Al Noor Mosque is the way it lights up at night. You should not miss this one sight when you are in Sharjah.

Built-in the 1970s, the Jumeirah Mosque in Dubai is the first mosque in the UAE that opened its doors to non-Muslims. Although bigger and grander mosques have been built in the country, the Jumeirah Mosque remains the most photographed as well as the most popular mosque amongst tourists. Also known as the Grand Jumeirah Mosque, this Dubai mosque is inspired by the medieval Fatimid style. The exterior of the mosque constitutes white minarets and domes with lots of intricate detailing. However, one of the main reasons that the Jumeirah Mosque is one of the most visited mosques in the UAE is because the Sheikh Mohammed Center for Cultural Understanding (SMCCU) holds tours here every morning at 10. Visitors get to know about Islamic religion and culture and can ask their questions and doubts during the Q & A session at the end of the tour. Apart from numerous tourist places in Dubai, the mosques mentioned in Dubai are also worth visiting to get insight into Arab culture and traditions.

Apart from the mosques mentioned above, the Iranian Shia Mosque on Al Wasl street, Sheikh Fatima Bin Mubarak Mosque in Abu Dhabi, Al Salam Mosque in Barsha, etc. are some other notable mosques that are worth visiting in the UAE.  The mosque has always been a tourist place in Dubai and is the center of attraction and for visitors. It is important to dress conservatively while visiting any of the mosques in the UAE. Men and women have to avoid wearing tight, short and transparent clothes. Traditional kandouras and abayas are generally available at the entrance of most mosques in the UAE. It is also important to be respectful and maintain decorum while visiting the mosques. 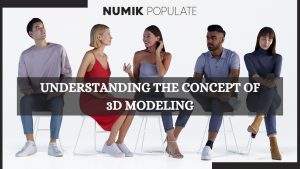 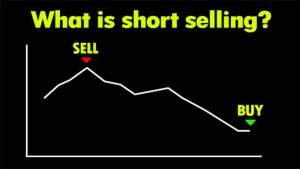 Next post What Is Short Selling? Is It Good or Bad?