Not too long ago, if someone were to tell you that you can talk to a machine and it’ll answer back accurately in real time, you’d roll your eyes in incredulity. It would seem like something out of the Star Trek movies- entertaining but impractical in the real world.

However, technology has seen a momentous shift in the past decade, and voice search is now as real as global warming. There are millions of people all across the world who are using voice search on a daily basis, and even Google is placing an increased emphasis on voice search optimized content.

Late last year, Google released an update that it now supports voice search in 119 languages including a majority of Indian and African languages. It even supports some ancient languages like Georgian which is over a thousand years old.

Statistics indicate that over 20% of all online searches done today are speech-based and that percentage is touted to touch 50% within the next year. Almost every major tech company from Google to Apple and Amazon has their individual voice search platforms, each vying for the numero uno status.

All these are pointers towards a significant shift- voice search is no longer the future of innovation; it is already here, and from the evidence we have seen, it is here to stay.

But it begs the question, how did we reach this point? How did voice recognition become a thing from science fantasies to reality in such a short time? Let’s take a walk through the annals of voice recognition technology and decipher where it came from and which way voice search trends may head to in the foreseeable future.

Voice recognition through the ages

The foundation stone for voice recognition technology was laid way back in the 19th century with the invention of dictation machines by Thomas Edison. Of course, he couldn’t have possibly envisaged the progress that this technology would make in the 21st century. Nevertheless, it was the precursor to Google voice search Online.

Bell Laboratories, founded by the inventor of telephones Alexander Graham Bell, developed what is considered the earliest voice recognition technology in 1952. They named it Audrey.

Audrey could understand only numbers and not words. Considering how difficult human language system is, Bell engineers thought it prudent to teach Audrey how to recognize digits. It had an impressive 90% accuracy but could only recognise one voice accurately.

Exactly 10 years after the unveiling of Audrey, it was IBM’s turn to dazzle the world with its own voice recognition technology. They called it the Shoebox, and it could understand 16 words spoken in English. Although it may seem trivial now, that was tremendous progress at the time and paved the way for voice search 2019.

Like in the case of the internet itself, it was the U.S Department of Defence that was the torchbearer of voice recognition technology in the 70s. Between 1971 and 1976, they invested heavily in a program called Speech Understanding Research (SUR).

The 80s brought with itself a new wave of advances in voice recognition technology. The technology went from recognising a few thousand pre-fed words to the potentially unlimited vocabulary. It was made possible by a statistical method called the Hidden Markov Model.

It led to the commercialisation of voice recognition for the very first time and it was extensively used in the medical industry for starters. The biggest revolution, however, was the World of Wonder’s Julie Doll. It was introduced in 1987 and could be trained to respond to voice inputs.

Dragon Dictate (1990), Dragon Naturally Speaking (1997) and VAL (1996) were all pioneers in automatic speech recognition that made waves in the 90s. However, these were nowhere close to the accuracy that we are used to from voice search 2019.

To the future and beyond: 21st century

It was in the late 2000s that Google entered the fray and took voice recognition by storm. By then, the technology had stalled, and progress was incredibly slow. Google changed that when they launched a voice search app on mobile devices in 2008. It made voice search optimized content a necessity rather than an option.

They kept updating the technology with their ‘personalised recognition’ introduced in 2010. It also incorporated its voice search technology in the Chrome application in 2011. Remember Shoebox’s 16 words and Harpy’s 1011? Well, Google voice search 2020 canidentify 230 billion!

Others followed soon. The first in line was Apple’s Siri, introduced in the iPhone 4S in 2011. Microsoft wasn’t far behind with its Cortana in 2014. Amazon came out with its Alexa in 2016. Samsung Bixby was introduced in 2017 (although Samsung had launched another voice recognition app back in 2012).

Standing in 2020, these 5 voice search applications are ruling the roost. It can be safely said that this is how humans will interact with technology in the foreseeable future. Accordingly, websites need to integrate voice search optimized content to stay relevant in modern times. 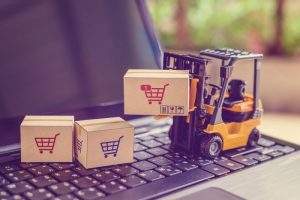 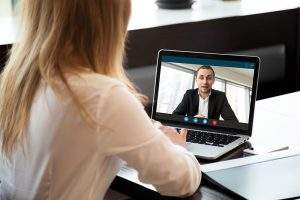