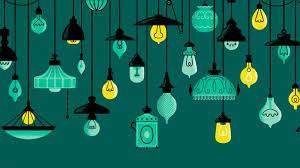 The theory of evolution by Charles Darwin is not limited to human beings alone. With a change in the lifestyle of men, their demands changed accordingly. As inventions became a part of life, people began to adapt to the variations. Men started to depend on machines and use their brains more than ever. Change in lighting technology is one of the major events of history. It has been a very interesting timeline as to how human civilization reached the phase of LED lights which are illuminating our world today.

Let us go through the timeline of history and check out how the lightings have changed over the years.

The most important and natural source of light is the sun. It used to be the major source of light during the daytime in the ancient periods. During the Roman Empire, the historical architectural design of the Pantheon was prevalent. It utilized daylight by letting it enter through the open-air circle at the top of its dome. The 2000-year-old Roman temple designed the oculus in such a way that it could tell of the weather, whether it was raining or humid. It could even denote the seasons.

Oil lamps are a gift of China to the world. The ancient Chinese made these lamps with a refillable reservoir connected to a fibrous wick, thereby providing a controllable flame to the lamp. The body of the lamp was constructed with bronze, ceramic or stone. A cylindrical glass structure surrounded the flame to avoid flickering.

The introduction of wick in producing candles is one of the most important advancements in technology. Wicks, along with beeswax or tallow, proved to be safer than firelight torches. They provided light to small areas and flickered less than torches.

Gas lamps were developed in 1790, England. Different gases like acetylene, butane, propane, hydrogen and natural gas were used to generate light. These became popular instantaneously and were used to light streets, gates, bridges and thoroughfares.

After gas lamps, there was a vast transition with the invention of Electric light by Sir Humphry Davy. He invented the arc light, which was the result of using batteries and two charcoal rods together. Later, the invention of the electric bulb by Thomas Alva Edison made a remarkable history that became the foundation of most of the experiments that followed, like CFL and LED lights.

Edison’s electric bulbs further saw developments starting with incandescent light, then followed by the invention of the tungsten filament that could burn for 1200 hours. Later, the creation of fluorescent lamps by Daniel McFarlan Moore became famous owing to their high efficiency. In the following years, the lighting industry was filled with more variants like mercury-vapour lights and high-intensity discharge (HID) lamps.

Compact Fluorescent Lamps were introduced in the mid-1980s. They became famous for having a long life and due to their energy-efficient mode. It was available in various shapes and sizes, suitable for multiple purposes. It got cheaper gradually and more efficient as it consumed 75% less energy than regular incandescent bulbs. The LEDs soon took over the CFL market. The first LED lamp ever made was in 1968 but these used to be way expensive which made their use impractical at that time.

As technology advanced, the efficiency of these bulbs increased and the cost decreased where finally thes bulbs started gaining market from 2008-09 onwards. They provide a better luminance and come with a lifespan of above 50000 hours. They consume little energy and release minimal heat. They can be used for a lot of purposes. The LED canopy lights and Led high bay lights can be used for large spaces like warehouses, schools, hangars and other large areas. They provide shadowless consistent light where high luminous intensity is required. 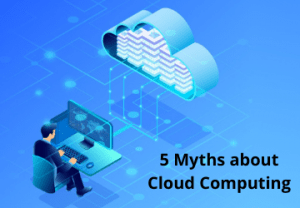