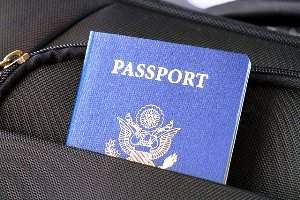 An exchange is not just about study and work, after all, every exchanger can (and should!) also walk around the country chosen to study. There are many beautiful cities for anyone looking to tour Australia. There are so many options that depending on how long you’re staying there, it’s possible to make a great backpack across the country!

Because it’s a more distant destination and also “younger” (the country was founded in 1901), you may not know as much about how the country is divided and what each of its divisions holds. So, in this post, we’ll quickly explain how Australia is administratively divided and what are the best tours to take in each region.

HOW AUSTRALIA IS DIVIDED:

Now let’s start a little geography class about Australia! The country is in sixth place in the list of countries with the largest territorial extension in the world. Because it is such a large size, it is also called the “Australian Continent”, and is washed by two different oceans: the Pacific and the Indian Oceans. Tips to reduce travel anxiety

If you look at the map below, you will notice that in addition to the large territorial part, Australia also covers Tasmania and some small adjacent islands. The country is administratively divided into six states (Western Australia, South Australia, Queensland, New South Wales, Victoria and Tasmania), three mainland territories and seven additional territories.

WHAT TO DO IN NEW SOUTH WALES:

In New South Wales, you can find Australia’s capital, Canberra, and Australia’s largest and best-known city, Sydney. But far beyond these two cities, the state has places for all tastes, from the most adventurous to the most tranquil.

Below, we have separated 4 places for you to enjoy there:

You will find that Sydney is a big city, with a busy pace that is typical of big cities. Despite this, you’ll have several options to relax and have fun (of course!) accompanied by great cuisine.

Walk among the city’s beaches and sights such as the Sydney Harbor Bridge and the Sydney Opera House. Be sure to see the city from above at the Sydney Tower (there will be 268 of pure emotion!) and, if you want, take the Skywalk, where you can go to the highest part of the tower!

Byron is a super popular destination among Australians, but this city is not all about the beach. You’ll find beautiful places hidden behind the Hinterland Mountains, where you can see waterfalls, places to swim and impressive trails to do.

Start at the lowest part of Mynion Falls, watch the sun rise atop Mt. Warning and climb Natural Arch. These tours are for those who like to have nature very close to them and are willing to explore new places.

Another tour for those who enjoy nature is the Blue Mountains. The place is just an hour and a half from Sydney and you can choose between taking a trip or spending a weekend there. Wentworth Falls has several trails and waterfalls, being close to the region’s main attraction, the Three Sisters rock formation.

Don’t miss the Scenic Railway, the steepest train track in the world! And another must stop is Lincoln’s Rock, which has a small secret cave perfect for watching the sunset.

This region was one of the most explored by English settlers who were looking for good land for plantations and cattle raising. No wonder that, to this day, Bathurst is full of farms.

As it is the oldest city in the interior of Australia, you can take super cultural tours there. For example, going to the Australian Fossil and Mineral Museum and going to Machattie Park to see the plaque commemorating Charles Darwin’s visit in 1836. natural beauty in limestone.

WHAT TO DO IN VICTORIA:

Victoria, after Tasmania, is the smallest state in Australia. But make no mistake, that doesn’t mean it isn’t full of attractions. That’s where Melbourne is located, one of the country’s main economic centers and the capital of Australian fashion and culture.

Check out some programs you can do in Victoria below:

Melbourne, as you can see in this post, has been voted the best city to live in the world a few times. And no wonder, the city has all the quality of life that Australia can offer, not to mention that it breathes culture! For Visitor Visa Consultation

Any time of year you visit Melbourne, there will be events to attend, be it exhibitions, festivals or music shows. But the best of the city is yet to come: you have free access to trams that run to some areas of the city, so you’re likely not to spend a lot on transport there.

Plus (yes, there’s more!), Melbourne is known as Food’s Paradise for its many delicious restaurants and numerous cafes. Ah, did you know that the coffee there is one of the best in the world?

One of the most beautiful roads in the world is in Victoria! The Great Ocean Road is lined with beautiful beaches and rock formations that will make you dizzy (literally, because the highway is full of curves!).

There, you can stop at a very popular spot: Lorne. The place is perfect to relax on the beachfront and eat delicious fish & chips. In addition to the beach, you can go hiking and explore waterfalls such as Erskine Falls and Phantom Falls. It’s only fair to take a break before visiting the Great Ocean Road’s best-known attraction, the Twelve Apostles.

If you are looking for rest and tranquility, Morning ton Peninsula is the place for you. Just an hour’s drive from Melbourne, the place is perfect for a round-trip and day-off.

Morning ton Peninsula has a lot to offer its visitors, are beaches, parks, relaxing spas, wineries, natural labyrinths… The maximum possible attractions that connect nature and tranquility. No wonder that the destination is one of the favorites of Australians to spend national holidays and long weekends. 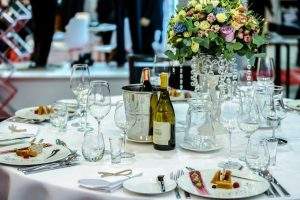 Next post How To Export User Mailbox To PST In Exchange 2016? Complete Guide