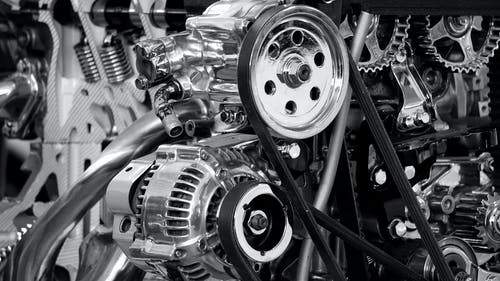 The business and revenue generated by auto spare parts importers have gained notable recognition. This is due to two reasons – the continuous advancement in the field of technology and the increased globalization.

In 2020, the overall purchase of the imported automotive parts cost around USD 340 billion. Winning the increasing competition, the United States has been the top importer of Auto spare parts in 2020 with the purchase of USD 60 billion.

There are rules laid out by the National Institute of Standards and Technology. The rules suggest that all the vehicles and automotive parts imported into the U.S. must adhere to the requirements set out by the federal regulatory agencies.

Moreover, to ensure the compliance of imported goods, it is necessary to know each regulatory unit’s needs. Additionally, as per the national traffic and motor vehicle safety act, 1966, the auto spare parts importers must ensure that the imported parts adhere to the safety standards under the act.

Furthermore, a company wishing to import car components into the United States must also comply with the theft prevention guidelines set by NHTSA. Hence, the research done by the congressional research service has led us to the fact that the global automotive industry of the United States has nearly doubled in the last 25 years.

Lear Corporation is a global leader in auto spare parts supplies and purchases. Its headquarters is located in Michigan, United States. Moreover, Lear maintains its commitment to serving its customers with global standards.

It fulfils the commitment by providing the best imported and manufactured products. Furthermore, they employ around 156,000 people and operate in 257 locations in 38 countries throughout the world.

American Axle is one of the top global competitors in manufacturing and importing goods related to the automotive industry. Moreover, the reach of auto spare parts buyers for the company is never-ending.

This is because of its excellent global standards and top quality imported parts. Furthermore, the corporation employs over 25,000 associates who work in over 90 sites throughout 17 countries as operators and dealers.

AutoZone, Inc. is one of the largest automotive parts retailers of the aftermarket in the United States. In addition, the company deals with automotive parts and accessories in the international market.

It is generally known to import heavily from countries such as Mexico, Germany, etc., to fulfil the extensive consumer needs. Moreover, AutoZone has more than 6000 stores across the U.S., Mexico, U.S. Virgin Islands and Brazil.

Advance Auto Parts, Inc. is one of the major automotive parts retailers in the American aftermarket. The company delivers the best products imported from top companies such as ContiTech Techno Chemie GmbH, Ford Motor, etc.

Furthermore, Advance Auto Parts has more than 4000 stores in the United States and Canada markets. Thus, it thrives when it comes to fulfilling the global auto spare parts needs of its customers.

What’s The Future Of The Auto Spare Parts Industry?

In 2020, the worldwide automotive aftermarket was estimated to be worth USD 390.10 billion. Furthermore, from 2021 to 2028, it is predicted to increase at a compound annual growth rate of 3.8 per cent.

Auto enthusiasts primarily accelerate the international market to improve the performance of vehicles in terms of appearance parameters, speed, exhaust sound, etc. The automotive industry and as a result, auto spare parts buyers in the United States have undergone a huge change due to the COVID-19 pandemic.

The year 2020 has played a major role for the U.S. in the expansion of the automotive industry. In August 2020, the personal consumption of auto spare parts in the U.S. aftermarket hit the highest mark of USD 50.303 billion. Moreover, during the pandemic, the consumers spent a large amount of their income on automotive parts.

Experts suggest that by 2023, the percentage of personal income spendings on automotive parts will range from 0.40% to 0.41%. Hence, electronics, internet connectivity, consumer expenditure on new and old cars, and the COVID-19 pandemic influence the automotive industry’s future.

Where Does The US Fit Into This?

The United States is the highest importer of auto spare parts globally and is achieving unparalleled success in the automotive industry. However, the environment is dynamic and uncertain, but the aftermarket competition is always at the top.

Moreover, in the United States, the automotive sector contributes between 3% and 3.5 per cent to the country’s total GDP. Therefore, the automotive industry is always up to innovations and aims to meet all aftermarket needs in the 21st century.

Previous post Everything You Need For the Best Home Bar Setup 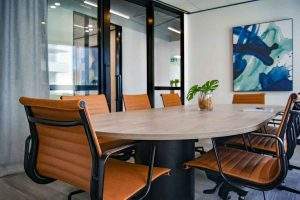 Why Does My Car’s Air Conditioner is Not Cooling Enough?